“Shizuka Farm, growing tea amidst the nature of Kawane-Honcho, a peaceful village with carefully protected water and forest.

We interviewed Nobuyuki Konishi, the owner of Shizuka Farm.

Nobuyuki Konishi: “Hi, let me make you a cup of tea. This is the tea of a cultivar called Harumidori, which is a cross between Yabukita and Kanayamidori cultivars. It was created at a national institution of agriculture.”

Nobuyuki Konishi: “The harvest timing for this cultivar is late in the season. In the tea industry, whether a cultivar is harvested late or early in the season is determined based on the timing of Yabukita. Harumidori is harvested about three or four days later than Yabukita. We are planning to make premium tea by covering tea trees.”

Nobuyuki Konishi: “Today, the tea leaves distributed through the tea market are mainly for the production of bottled tea. We make specialty teas that you cannot obtain on the market. I believe that tea leaves have become classified into two categories: one is used for bottled teas and the other for specialty teas.”

— “If that’s the case, then high-quality premium tea will be harder and harder to find.”

Nobuyuki Konishi: “I think that large factories producing bottled tea will continue to increase. Some people criticize it, but bottled tea generates money and supports the tea industry. Maybe cooperative factories will be reorganized from now on. They also get subsidies. I don’t know whether the factories make Sencha or Tencha teas for bottling.”

— “Tencha, the raw material for Matcha, will probably be produced in many cooperative factories, considering the trend of Matcha.”

Nobuyuki Konishi: “Compared to Sencha, the process of making Tencha is more simple, and there is no need for complicated machinery.”

Nobuyuki Konishi: “I know both of them. One thing I would like you to know is that we cannot tell which is better, organic, or non-organic cultivation. To make good tea, all the farmers are working hard to grow their tea plants and protect them from pests. My tea farm doesn’t use pesticides because I don’t think we need them. Maybe it’s thanks to the surrounding ecosystem.”

― “I assume that people will come from afar to buy this amazing tea” Their website shows more details on their award history.

Nobuyuki Konishi: “Our teas have received various prizes at tea competitions. I don’t display the certificates or trophies from those prizes, though. Here’s the tea of a cultivar called Shizu 7132. No Japanese name has been given to it yet. In Shimizu City, the tea of this cultivar is sold as Machiko. Farmers in Shimizu City have been planting many tea trees of this cultivar. I named it Sakura-Midori because it has a unique aroma similar to sakura leaves. Some call it Sakura-Kaori. I think that French people like this kind of fragrant tea.”

The current situation of the Japanese tea undustry from the view of Nobuyuki Konishi, the owner of Shizuka Farm.

Nobuyuki Konishi: “The variety of drinks available has been increasing around the world. You can easily get a bottle of tea anywhere in Japan. If you go to a convenience store on a hot summer day, you can buy a cold bottle of tea without any trouble. You don’t have to brew tea at home. Now is a very convenient time for those who are too busy to brew tea using a teapot because of their busy schedules. It’s natural that people will buy a good quality product if it’s cheap. This is the economic situation in the tea industry. Probably, tea is already distributed well enough that you can find it anywhere. However, I think maybe a little too much. ”

Nobuyuki Konishi: “Tea has become cheaper due to the popularity and availability of bottled tea. Farmers had to lower the costs of making tea by mechanizing the process and cutting labor. The administration has also invested in efficiency and popularized tea, and promoted Matcha and bottled tea. Matcha Latte has emerged. Like coffee, adding milk to Matcha makes it easier to drink.”

―“I think it’s a great product. However, I feel it’s different to conventional tea production.”

Nobuyuki Konishi: “Only very high-quality Matcha can be savored without milk. But Matcha Latte generated a lot of money. Now, however, the competition for Matcha has become global. It’s just a matter of time before more Chinese companies will move into the Matcha market.”

― “I think we should protect the mountain teas of Shizuoka so that they’re not lost. Fukamushicha grown in the flatlands is well known for its delicious taste, but Asamushicha (light-steamed tea) grown in the mountains has a unique and special taste. More than anything, if the teas from the mountainous regions decline and eventually disappear, only tea from the flatlands would remain in Japan. If China mass produces tea in their large country, and Japan is forced to compete with China on cost, Japanese tea may disappear from the market. It will have an impact on tourism, retail, and also the whole distribution industry. Moreover, the impact would be significant on the flow of the entire economy.”

Nobuyuki Konishi: “Let’s take an example from the car industry in the United States. Ford started mass-production of cars and created employment. A lot of salaries were paid to their employees. Ford also cut the price of its cars through mass production. Cars that were considered as a luxury item became affordable for many people. Money was spent more than before, and the government also provided funds and subsidies. Eventually, the Oil Crisis occurred during that time. Then, those who had been engaged in such economic activities started to look for products that were cheap and high quality. They didn’t have too much money to spend. ”

Nobuyuki Konishi: “However, the German Volkswagen, which was considered as a better performance car, arrived in the United States. Moreover, Japanese cars with much better fuel efficiency were introduced. Everyone wanted to buy a Japanese car. As a result, Ford and Volkswagen were hit hard, and the American automobile industry went into decline. Toyota and Honda transferred their production bases to the United States and created employment and strengthened the U.S. economy. I think that similar things could happen in the Japanese tea industry as well.

―“I see, so there may be some similarities in the history of the tea industry and the development of the auto industry. The tea industry started from Bancha (green tea made from the later shoots from tea trees), and then higher-grade teas started to be produced. Now tea is sold in bottles. Cars were initially horse carriages and later became luxury cars, sports cars, and mass-produced cars. Now “The World Is Flat’ due to the declining birthrate and diversity in thinking.”

Nobuyuki Konishi: “Cars have really improved their performance, and so have bottles. Bottled tea is becoming more and more delicious. Both technically and materially, they have improved, and their prices can be reduced through mass production.”

― “And what consumers want is lower priced and reasonably good products, so most of the tea turns into PET bottled tea.” 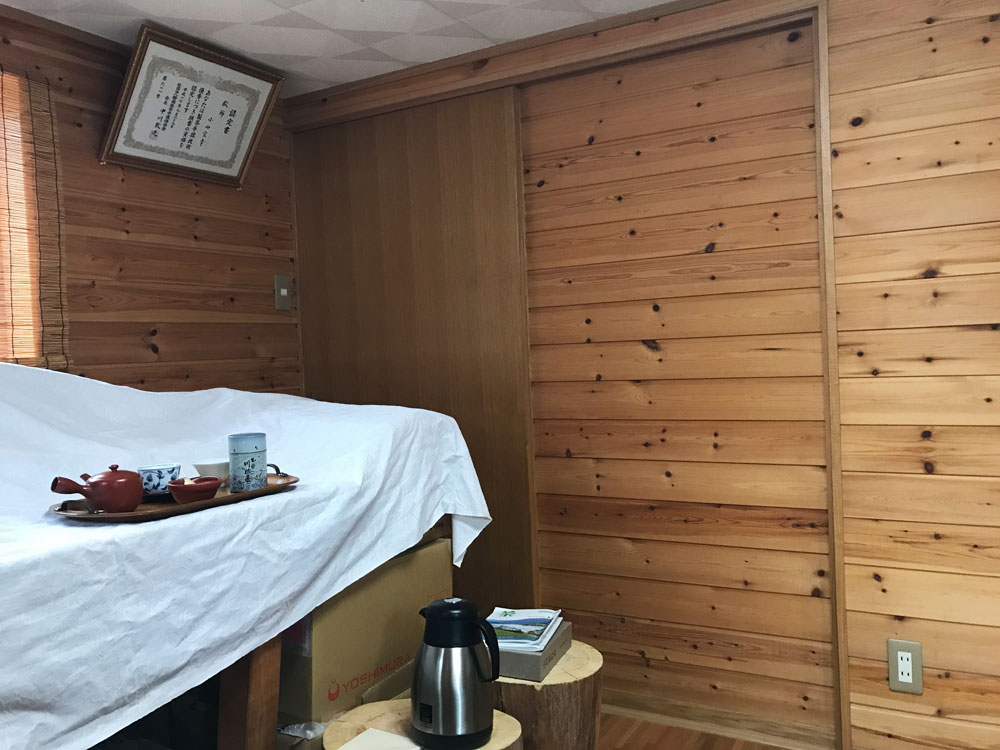 ―” I have been researching the tea industry, but currently, it’s difficult to see any hope. I’m wondering how to describe such a situation. I wanted to report the situation more positively, but many tea makers told me to convey the reality, and it’s meaningless to cover over the situation.”

Nobuyuki Konishi: “I think it’s okay to be positive in reporting the situation. Tea makes people happy. Have fun (laughs), because tea is fun. It’s not so fun to connect tea to the economy. But tea products make people happier and healthier. Tea is now viewed as a superfood, so people have started to buy tea products again, including edible Matcha. I’m sure that most people drink tea without thinking, but if we focus on the tea and savor it, you will start to feel how deep the taste is. The more you drink tea, the deeper you feel the taste. “

-“I agree with you. The taste is too deep to describe in words.”

Nobuyuki Konishi: “Those who used to make premium tea for teapots may feel that the tea industry is in decline today. I assume, however, that others feel it’s convenient to drink tea without using a teapot. Premium tea may be positioned like Ferrari or Porsche in the car world. Although the quality of those luxury cars is great, you won’t drive them in everyday life. The decline in demand for premium teas has made it easier to access them. In the old days, those premium teas would have only been offered to the lords, but now they are selling it right there in Kawane. You can find them in service station stores and so on. I think now is a really good time for tea lovers to have access to fine tea.”

The Kawane area of Shizuoka is a great place to produce good tea with a great taste and refreshing aroma. However, because there are many mountainous areas in Kawane, most tea plantations there have slopes that require hard work from the farmers. I know how hard it is, as I have helped with the tea plantation on the slopes. I’m sure there is something we can do to make the tea farmers smile.

Thank you for reading the report of Shizuka Farm by our chief editor.