Five generations of the Honda family of tea masters have been making tea in the Gakunan region at the foot of Mount Fuji in eastern Shizuoka Prefecture since World War II. The tea produced by the fifth generation, Mohei Honda, who inherited the name and tea-making lineage from Mohei Honda, the first generation, is called “Fuji Oncha,” and is highly acclaimed both in Japan and abroad. For this interview, we had the opportunity to visit the “Fuji Marumo Tea Garden,” which handles such Honda teas.

This article includes an interview with Mr. Mohei Honda the 5th, who is also the chairman of the Shizuoka Prefecture 100 Best Teas Council, about the appeal of tea at Fuji Marumo Tea Farm and the culture of Japanese tea.

Fuji Marumo Tea Farm is a company that handles the tea of Honda Mohei, a tea master who has been making tea for five generations in Gakunan, at the southern foot of Mt. Fuji. Honda Mohei I cultivated tea, Honda Mohei II produced tea, and Honda Mohei III and IV further improved the quality of tea through technical innovation. Mr. Mohei Honda V, who succeeded them, established “Fuji Marumo Tea farm” in 2015 and serves as its representative director. 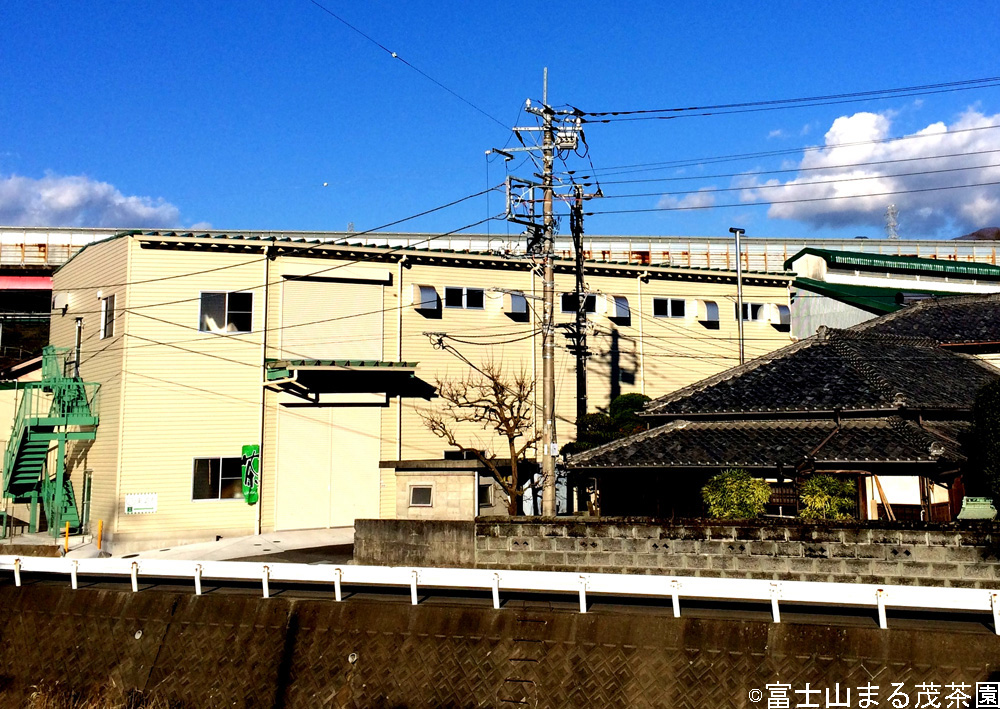 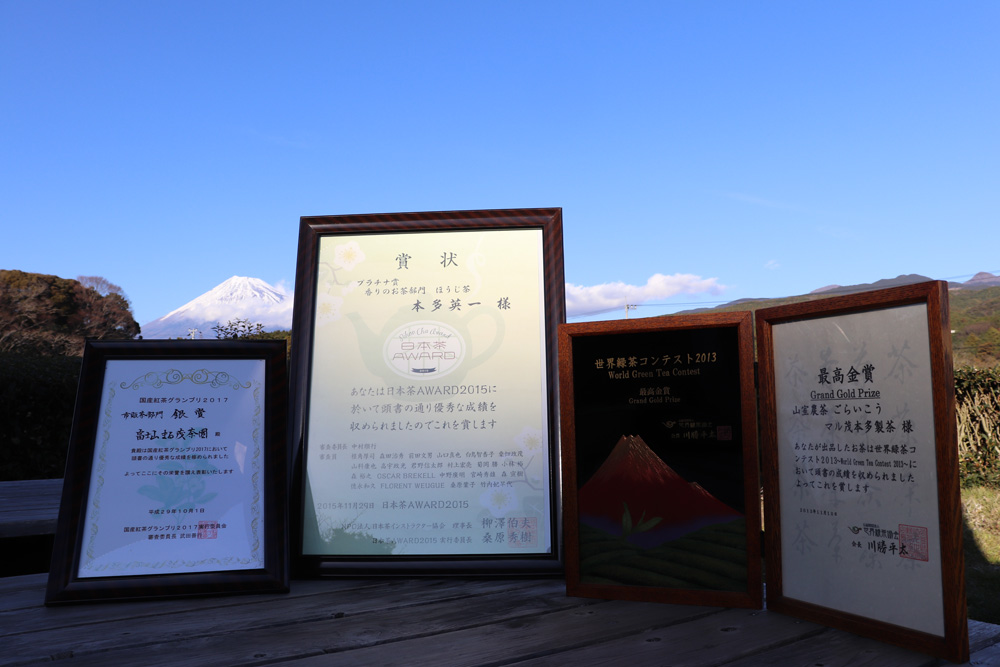 Mr. Mohei Honda V is pursuing a way of tea culture that is in line with modern lifestyles by adding ” hands-on experience” to the Honda brand of self-grown, self-produced, and self-sold tea, and is also a key member of the chajihen Project.

An Introduction to the Teas of Fuji Marumo Tea farm

Fuji Marumo Tea Farm‘s tea is known as “Fuji Oncha” for the rich taste and aroma produced from tea trees long rooted at the foot of Mt. Fuji, and is highly regarded both in Japan and abroad. Here are a few examples. 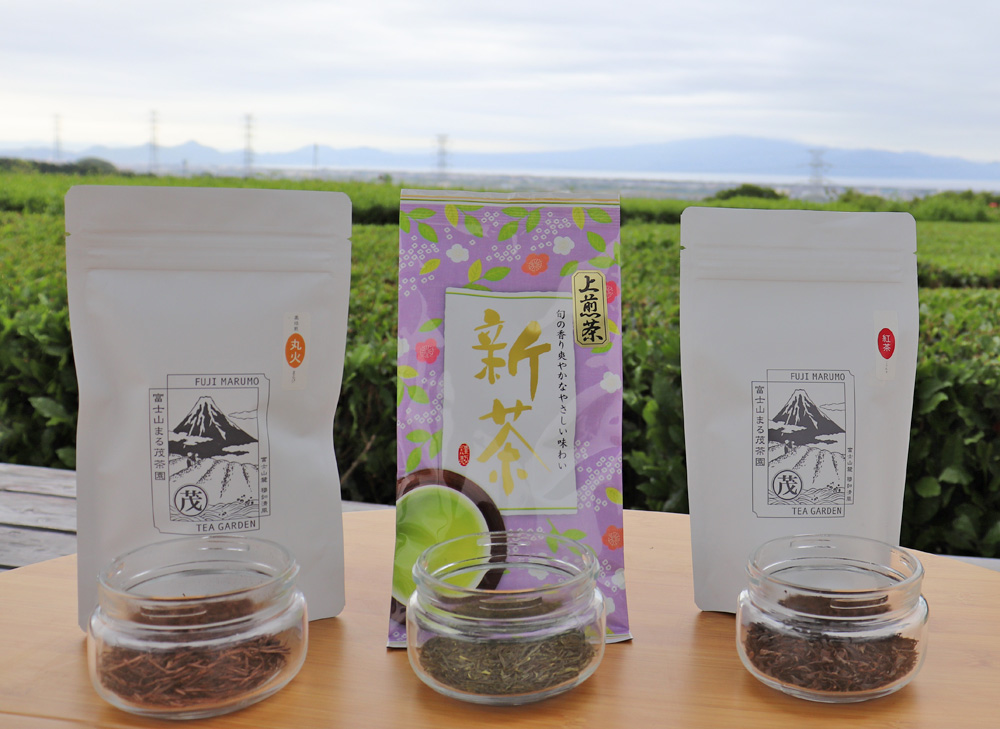 This sencha is made by gently and carefully rolling the first sprouts of the year with the skill of a tea master. The sweetness and refreshing aftertaste are so pleasant that you can drink it over and over again. You can enjoy the classic taste of Fuji Oncha with its harmony of astringency, sweetness, and substance. 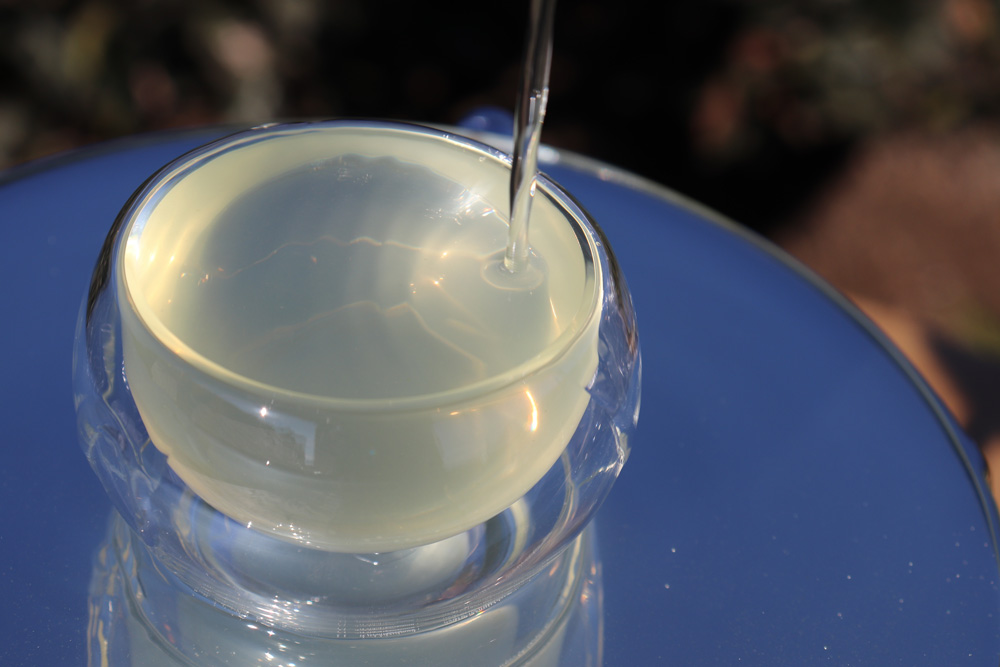 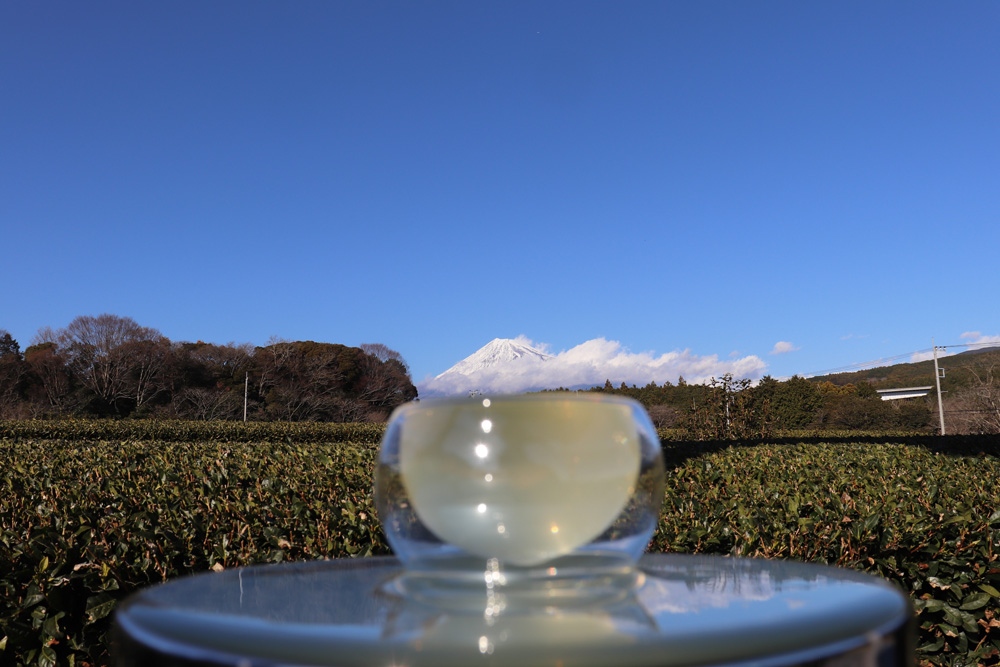 Only carefully selected stems are slowly roasted for three days using a unique process to bring out the aroma and sweetness of this hojicha, as if it had been smoked. It is delicious cold, boiled, or blended with milk to make a hojicha latte. 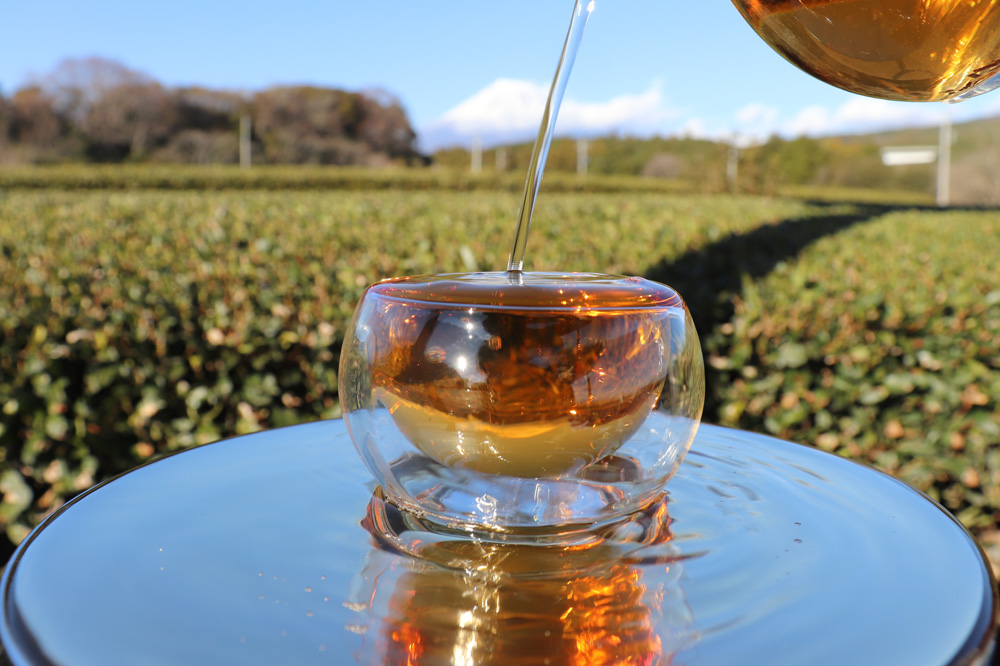 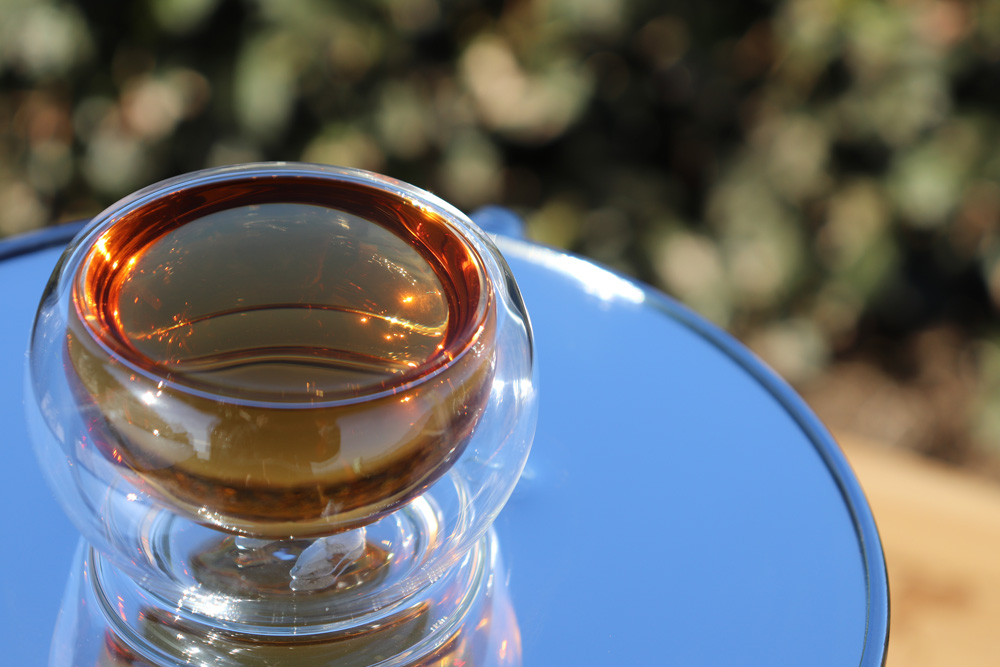 Rested black tea is produced in early spring and matured until the following summer giving it a rounded and gentle taste. As you pour hot water over the tea leaves the aroma that rises will leave you helpless but to smile. You can enjoy this tea even when cool. 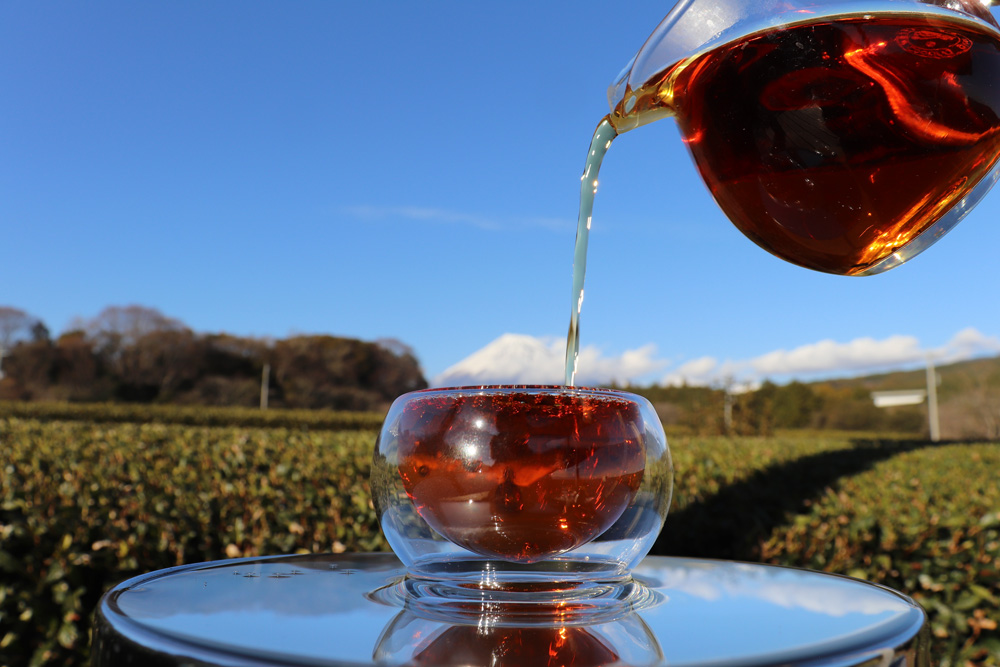 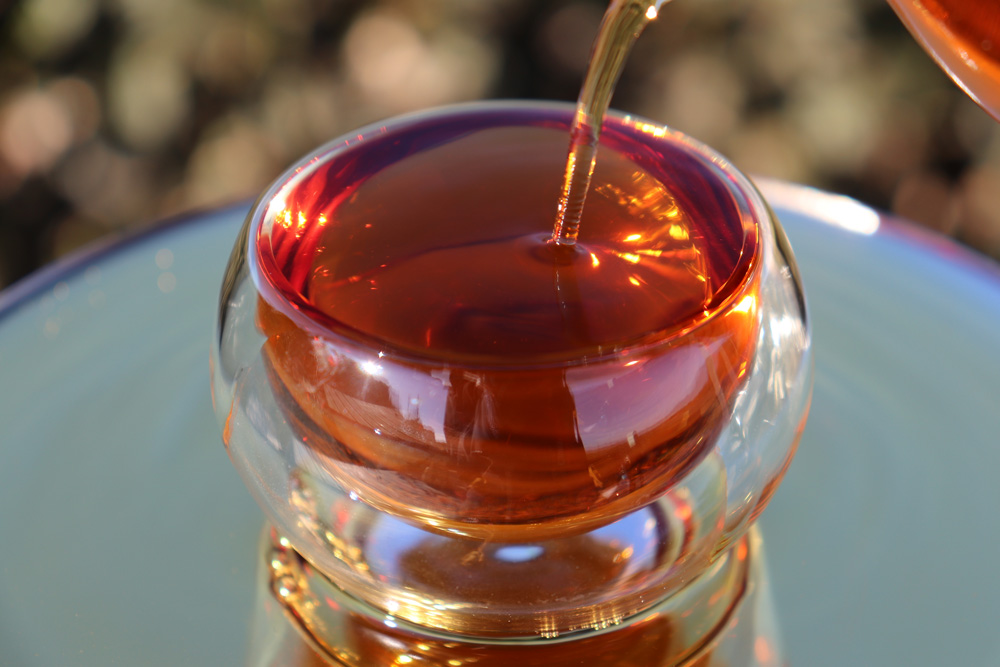 A powdered genmaicha made by dissolving matcha in boiling water. The cute “sakura arare” (cherry blossom arare crackers) floating on top of the crunchy “tama-hoshi arare”, as the name suggests, looks like the night sky decorated with stars and cherry blossoms, making everyone’s heart warm and fuzzy. 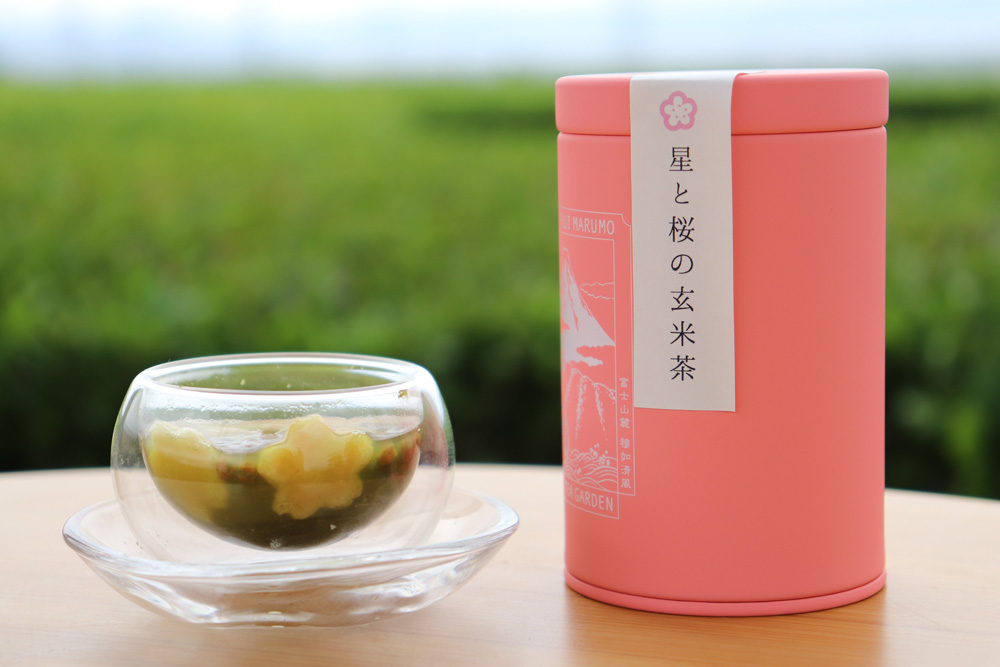 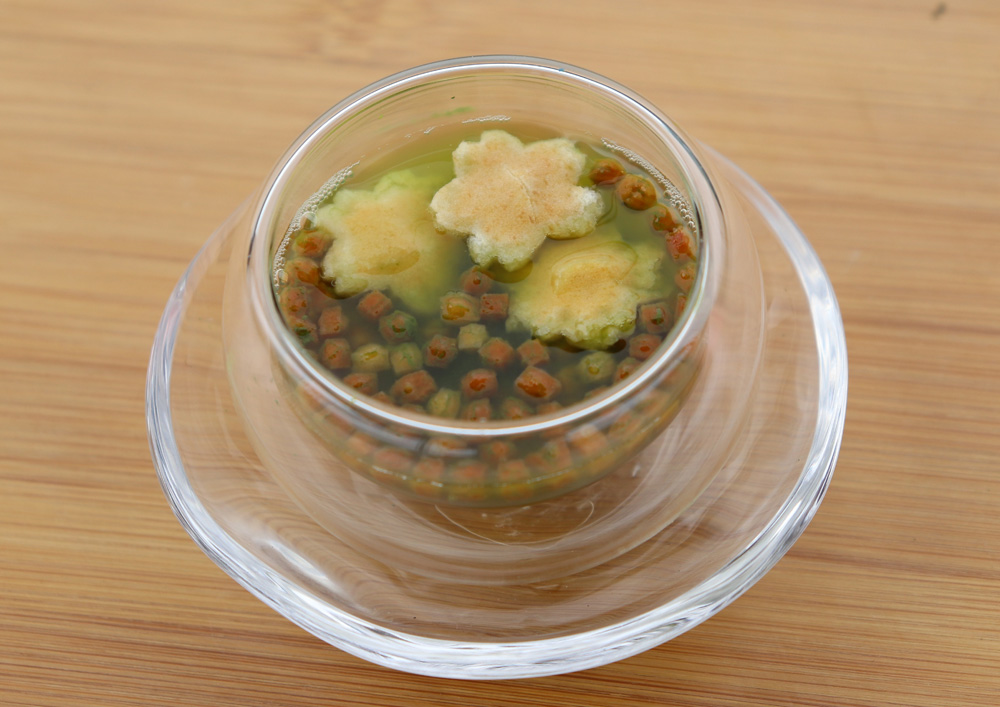 Interview: Honda Mohei V. Entrusts a Joyful Style of Tea to the Future 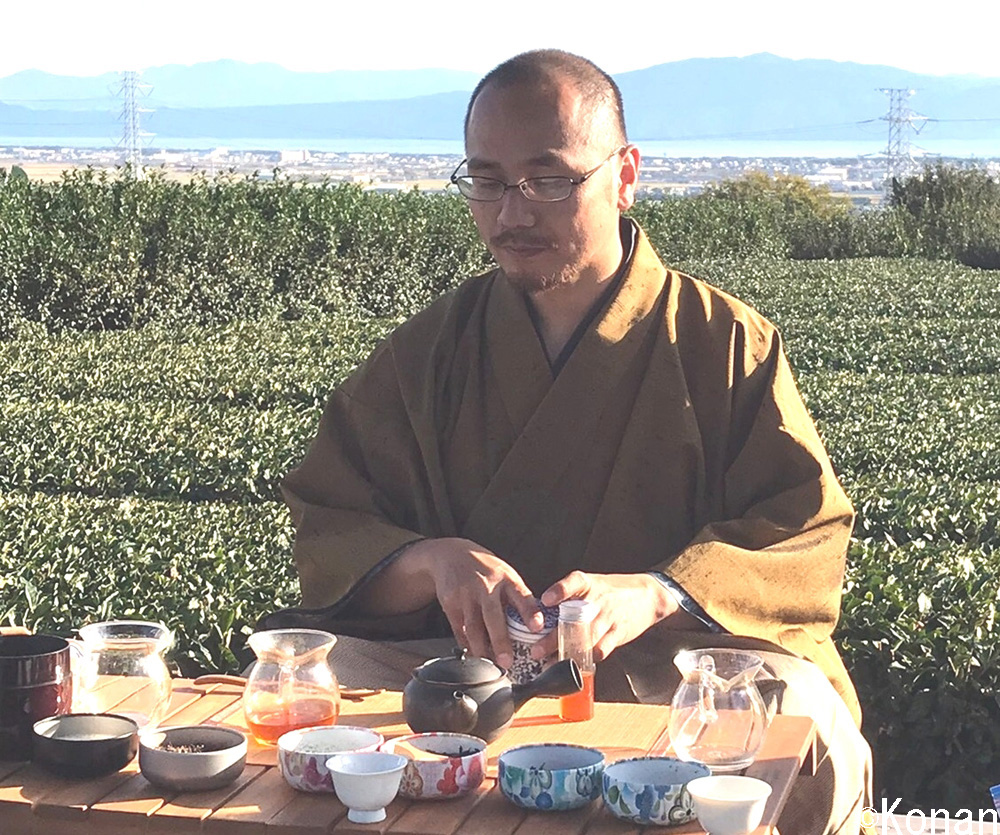 The Making of Tea at Fuji Marumo Tea Farm.

I believe that tea cultivation is an “accumulation of meaningful processes” one by one. However, in agriculture, including tea cultivation, it is difficult to understand ” why things are the way they are” because diverse biological processes are taking place in non-visible areas. I have experimented with various methods and repeated the effort to elucidate “why this happens” by comparing and verifying the results I have observed. 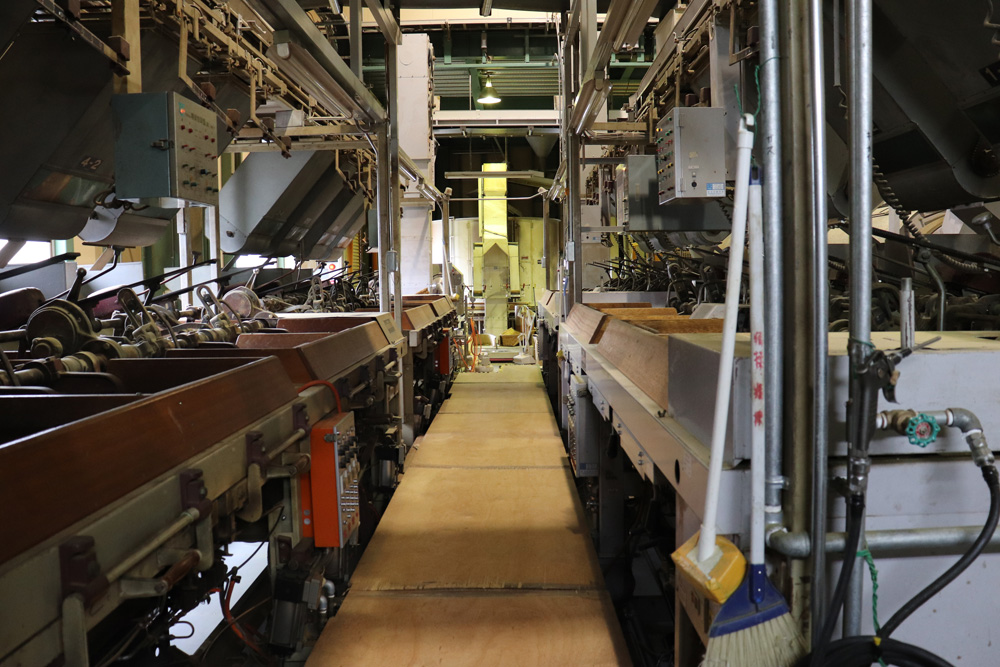 I have visited numerous tea farms around the country. At first glance, all tea plantations may look similar, but in fact, each one has a slightly different concept. I went around to find out what the differences are and what they are for. 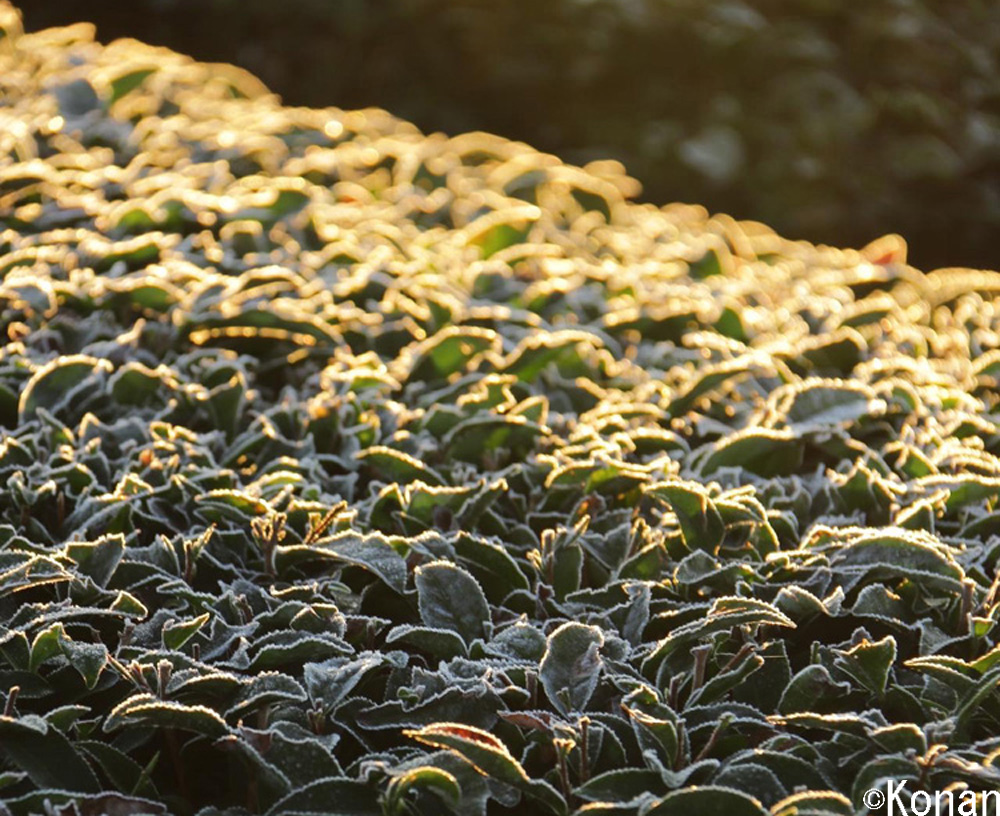 –Is that how agricultural know-how is generally accumulated?

This is just my way of doing things and I don’t know about others. I took this approach partly because I wanted to catch up in 5 or 10 years with the tea masters who were decades ahead of me. The facts that I arrived at by this method may not be the truth. I just wanted to be “a tea master who can explain in his own words what kind of facts tea cultivation is based on.” 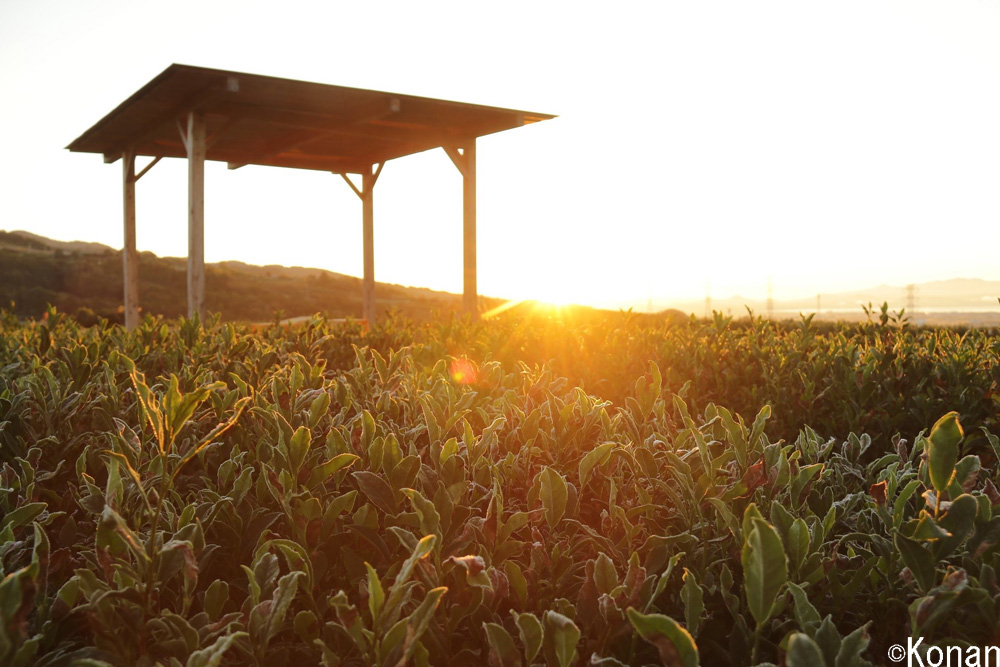 By accumulating know-how in this way, even if you have been away from the tea fields for 10 years, you will be able to return to tea production when it is time to start again, right? Also, when someone wants to start making tea, there is no need to start from scratch if someone who knows some of the principles can teach them. This would surely make it easier for newcomers to enter the market. 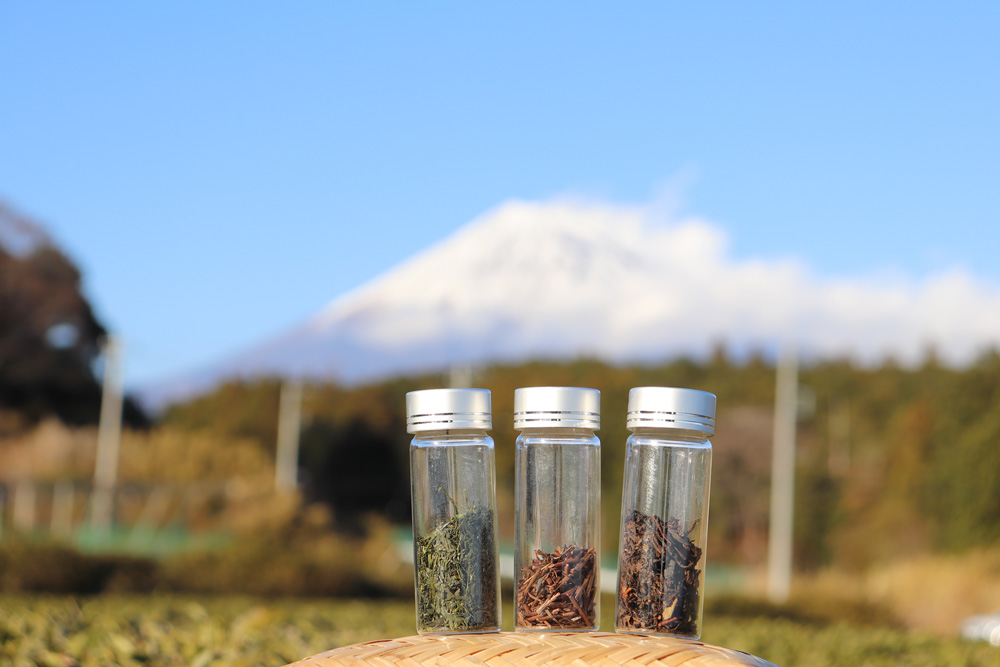 I believe that the tea we make every year is not the result of chance, magic, or miracles, but the result of necessity. Therefore, we can make people who want it happy next year, the year after that, and even 100 years from now. I think that is one of the good things about making tea (laughs).

How to enjoy tea and what is the real pleasure in it?

As an example, I sometimes enclose a note on how to enjoy the tea of the year, but in general, I do not want to impose too much on the brewer. I hope that each of you will enjoy the tea as you feel it and as you like it. 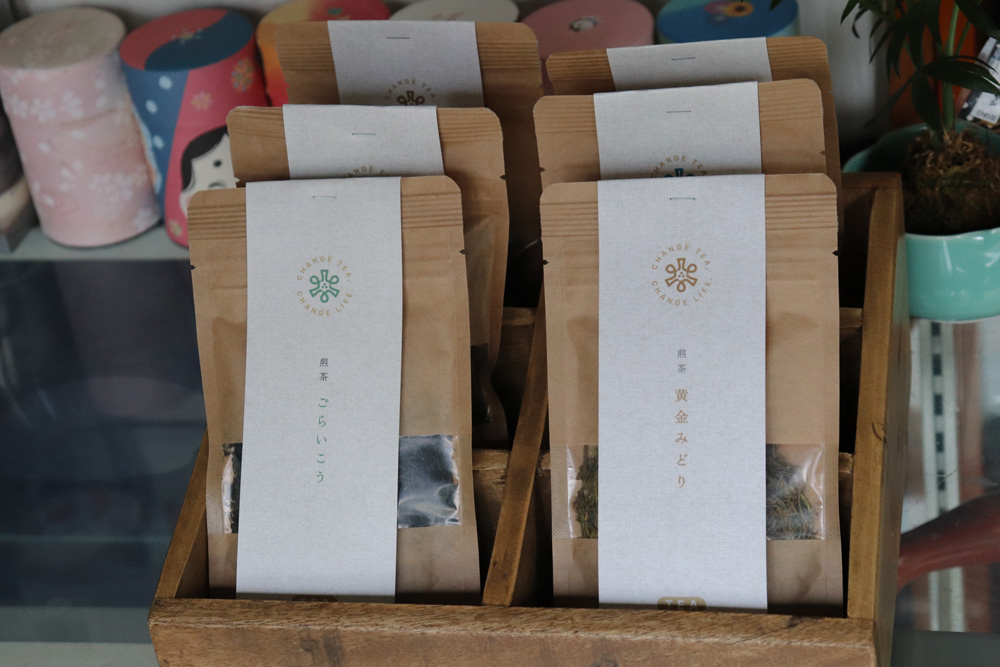 However, if I may venture to say so, it is frustrating and sometimes feels like a waste that everyone is so focused on brewing a cup of tea and that their interest in how the tea is made, how it is grown, the soil, the climate, and so on is not expanding. 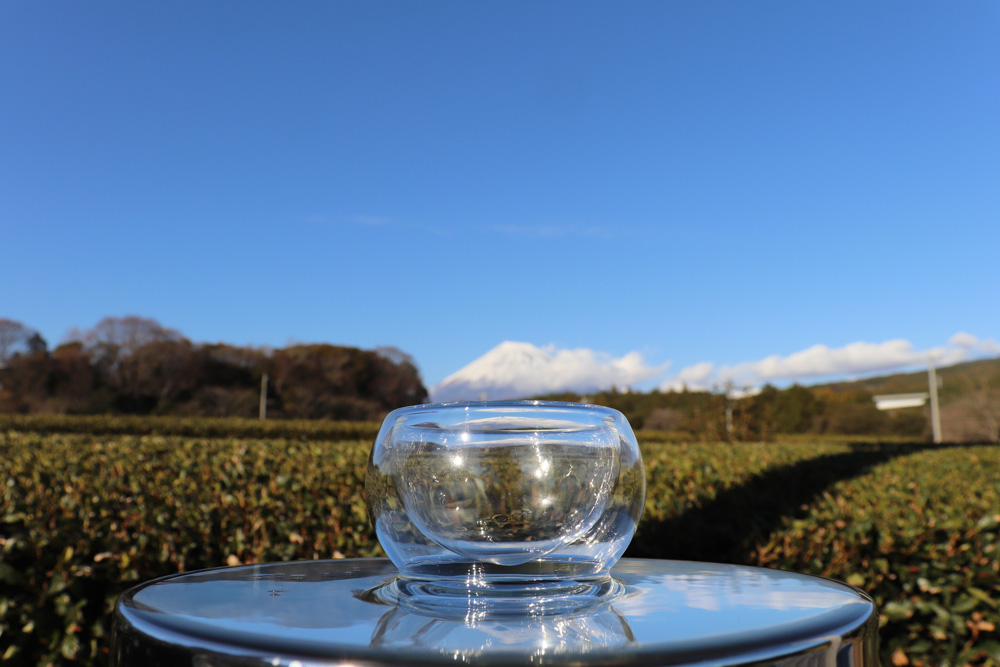 In the corner of the Granship Plaza, just in front of JR Higashi-Shizuoka Station, there are two tea trees planted there called “Houryoku” and “Koyanishi”. Granship is also used as the event site for the World Tea Festival held every three years, and it was very striking to me to see that although tens of thousands of people attend the event, no one was interested in the tea trees and seeds planted there and walked by without taking any notice of them. I guess few people in this industry would pay attention to such things. I, for one, took seeds that I found lying among the tea trees and grew them at home. As a tea farmer, the real pleasure in tea is the “process from the seed in the soil to the tree and finally to the cup” (laughs). 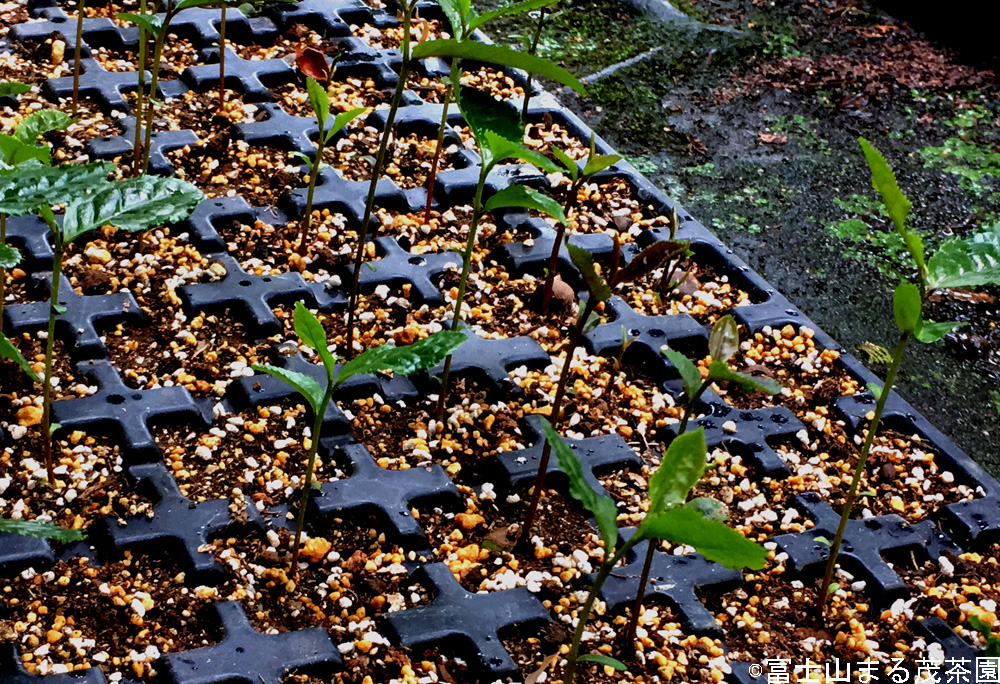 –On the news, it is said that Japanese tea is very popular overseas, but is it really?

As far as I can tell, wealthy people overseas, regardless of their nationality, seem to be well educated and eager to learn about the culture. They tell me, “I understand tea now. I understand the origin of the tea tree. Thank you for providing this experience.” They are very grateful for the opportunity to learn about the deeper aspects of Japanese tea through the experience of visiting the Fuji Marumo Tea Farm. 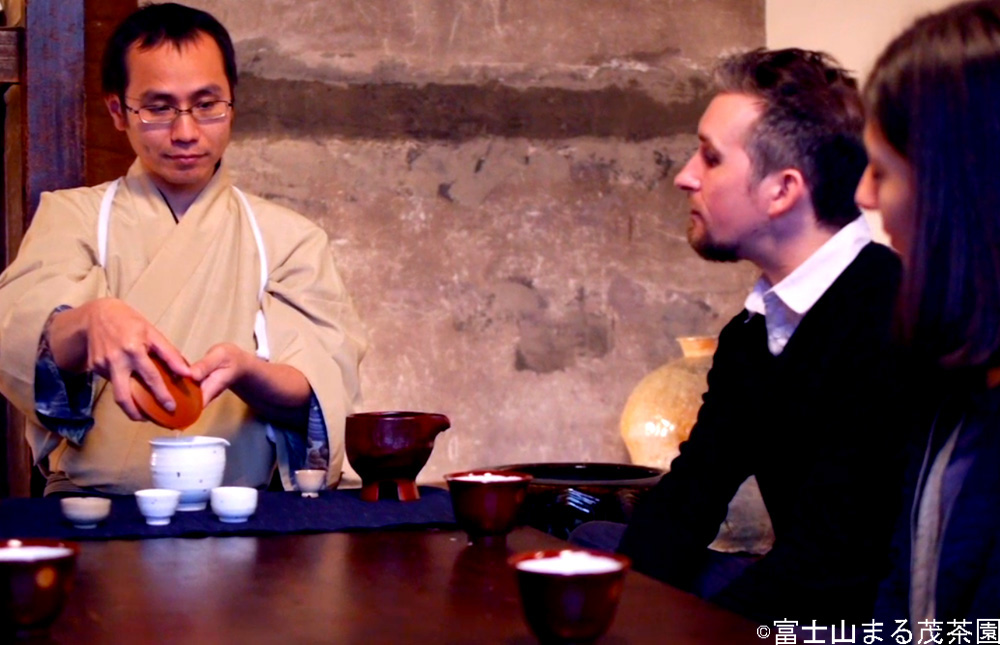 By meeting their needs, Shizuoka tea will be seen as more than just a beverage, but as an integral part of Japan’s food culture. We believe that this is an important factor in determining the future position of Shizuoka tea and Japanese tea.

-Is tea popular among the wealthy in Japan?

How many people in this country today are really wealthy? After the war, the country experienced significant economic growth by taking assets from the wealthy in Japan and sharing them with the rest of the population. In exchange, however, the high-end wealthy who had supported the culture disappeared.

While Japan’s former goal of a “100 million middle class society” has made the country a place where everyone can feel affluent, it may have also led to the decline of traditional culture. And now the middle class society itself is sinking in the ground. It is inevitable that Japan as a whole will become poorer in the future. 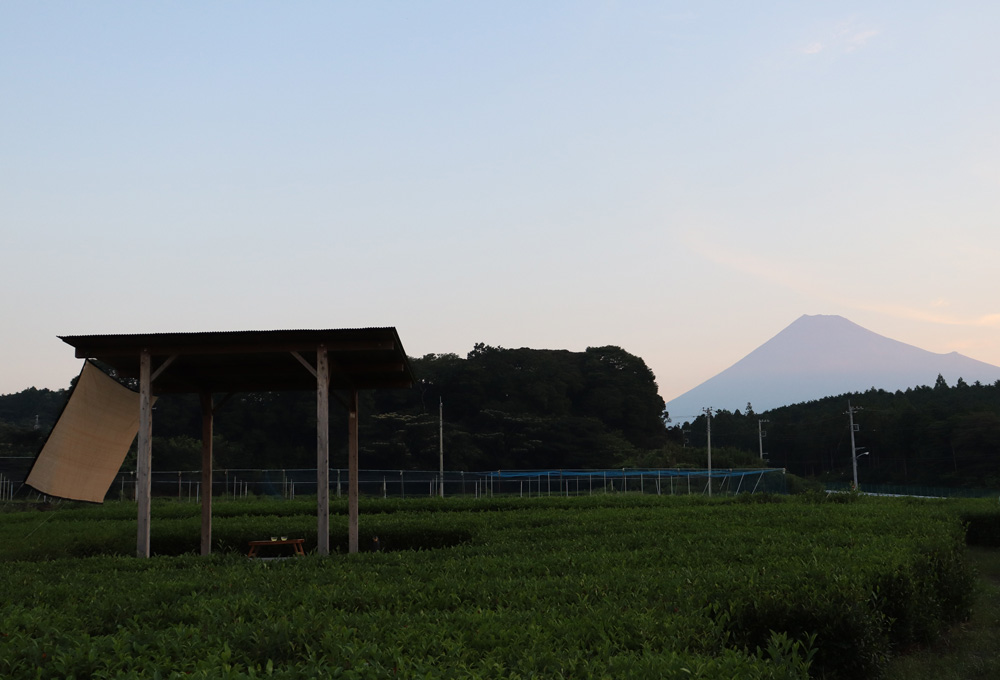 So, does this mean that the Japanese tea business should target overseas and foreign tourists from now on?

It is not that simple. Fuji City has a place called Obuchi Sasaba, which is visited by many foreign tourists, but they fail to respect that some areas are off-limits to them. They trample the fields and leave without spending any money there, so the economy is not enriched. Depending on the time of year, foreign tourists may even be a nuisance when they visit tea farmers directly.

In order to solve these problems, the local community needs to be prepared to accept them. In addition to preparing special experience programs unique to the farmers, zoning is urgently needed, for example, by making sure that visitors are aware of areas that are off-limits. 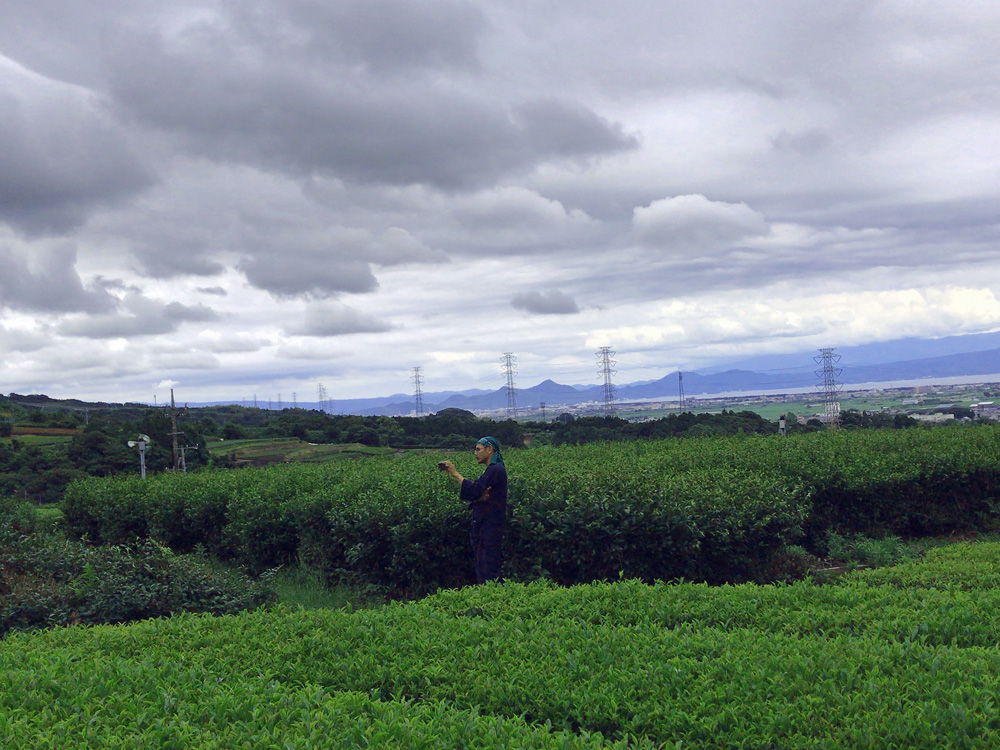 ▲Even under the influence of COVID, Mr. Honda has been keeping in touch with people around the world by holding online tea parties.

(Apart from his tea production plantations, Mr. Honda also has another small field where he personally grows tea. Here we spoke with him about what he thinks about the modern Japanese tea industry).

This is my other field. I bring interesting teas that grow wild in the mountains and propagate them by self-propagation using cuttings.

–It is an interesting experiment. What variety of tea is grown here? 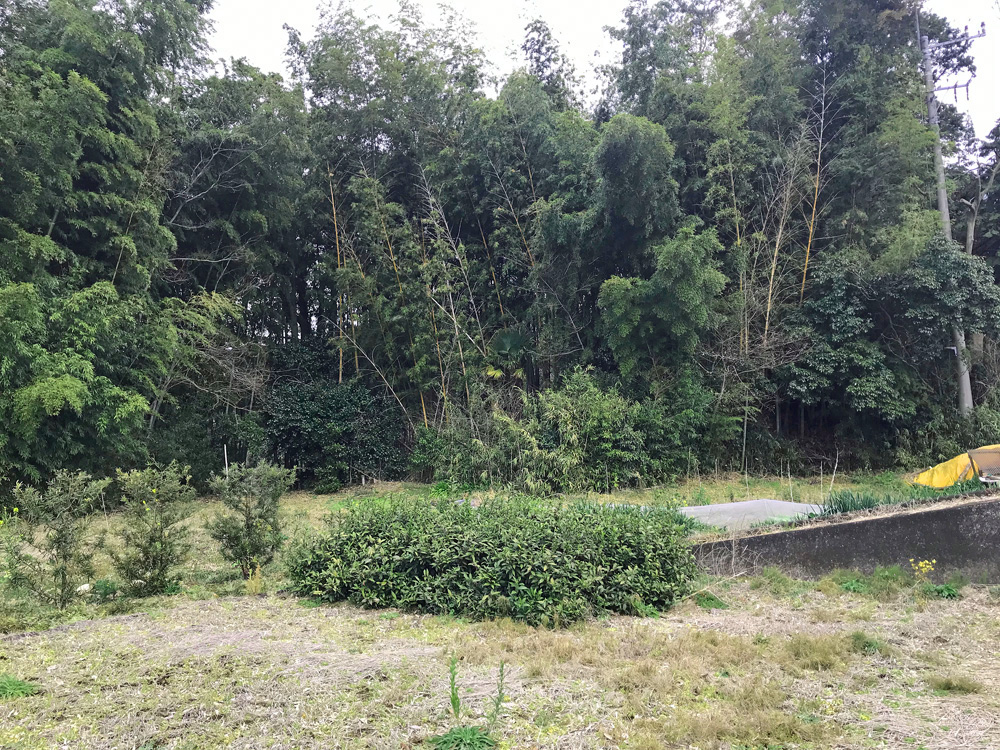 There is no name for the tea here. We will grow it over the years and find out what kind of tea we can make. If we find an interesting tea, we would like to give it a name and let it stand on its own as a variety. I like the thought that there may be a variety that will support the future of Japanese tea buried here in the mountains of Mt. Fuji waiting to be discovered. 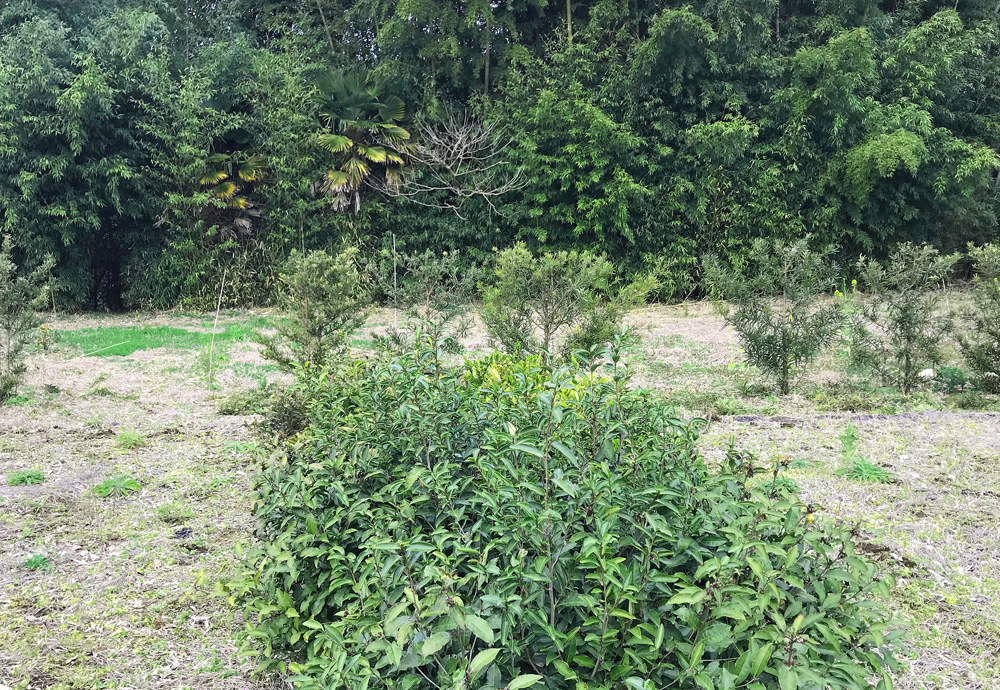 –It would take at least almost 10 years to get verified results. Are you doing this for that long into the future?

That’s okay. I will be making tea until I die anyway. (Laughs) Besides, tea trees have a much longer life span than humans and can live for more than 100 years. At present, this field may still be on the scale of a hobby, but I wonder what it will be like a hundred years from now. Even after I am gone, this tea tree will live on. Someday using my life and this tea tree as raw materials, future tea masters will produce wonderful tea, that will be provide happiness for those living in the future. 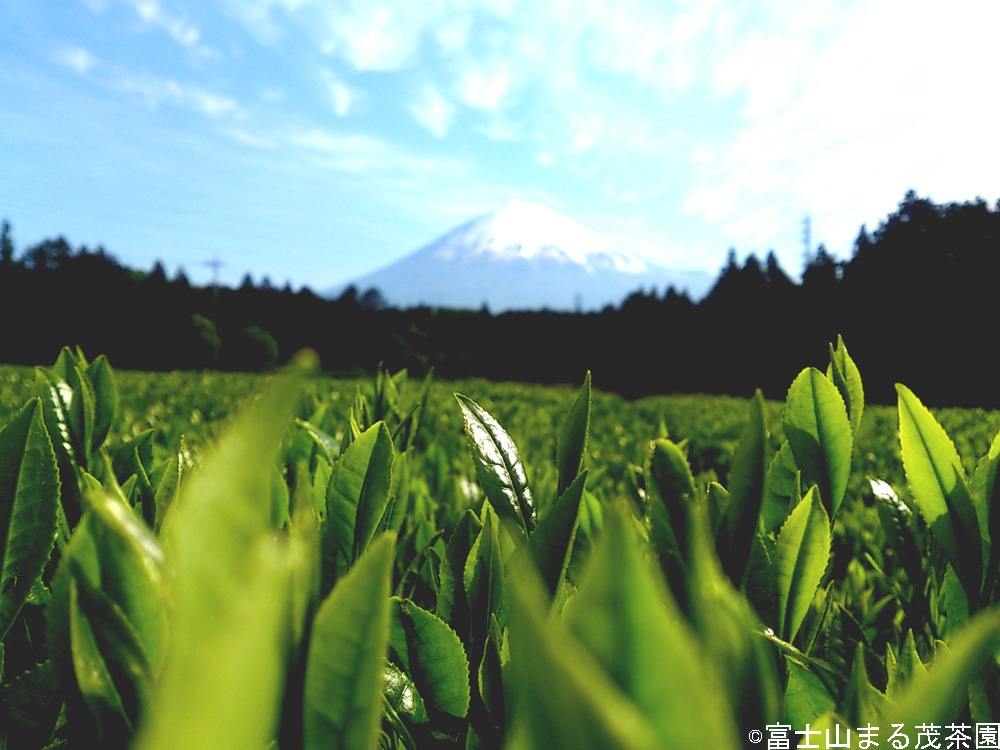 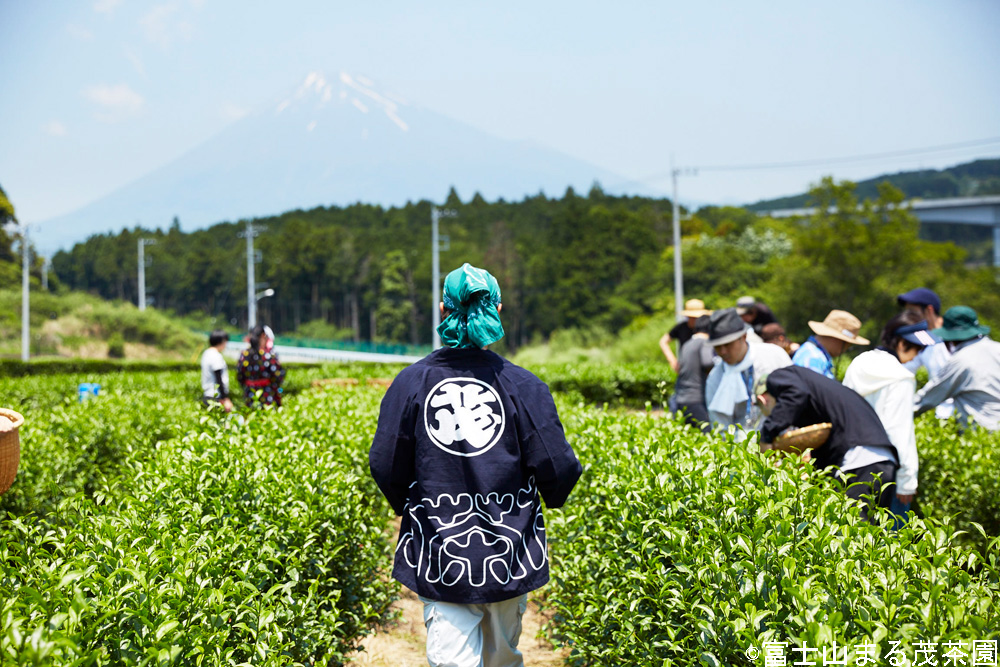 We want to connect tea to the future in a fun way. To this end, we are planning many new projects at Fuji Marumo Tea Farm. We are currently in the process of renting an old minka (old Japanese-style house) nearby to set up a tea house called “Fujioka Tea House” to welcome those who wish to experience tea.

We would like to hold tea ceremonies in the Japanese-style room of the “Fujioka Tea House,” or make tea on the earthen floor. If we can complete the experience in the tea garden and at the tea house, we will be able to accommodate customers even when the tea machines are in operation at the factory. It might be fun to have a tea house too (laughs). 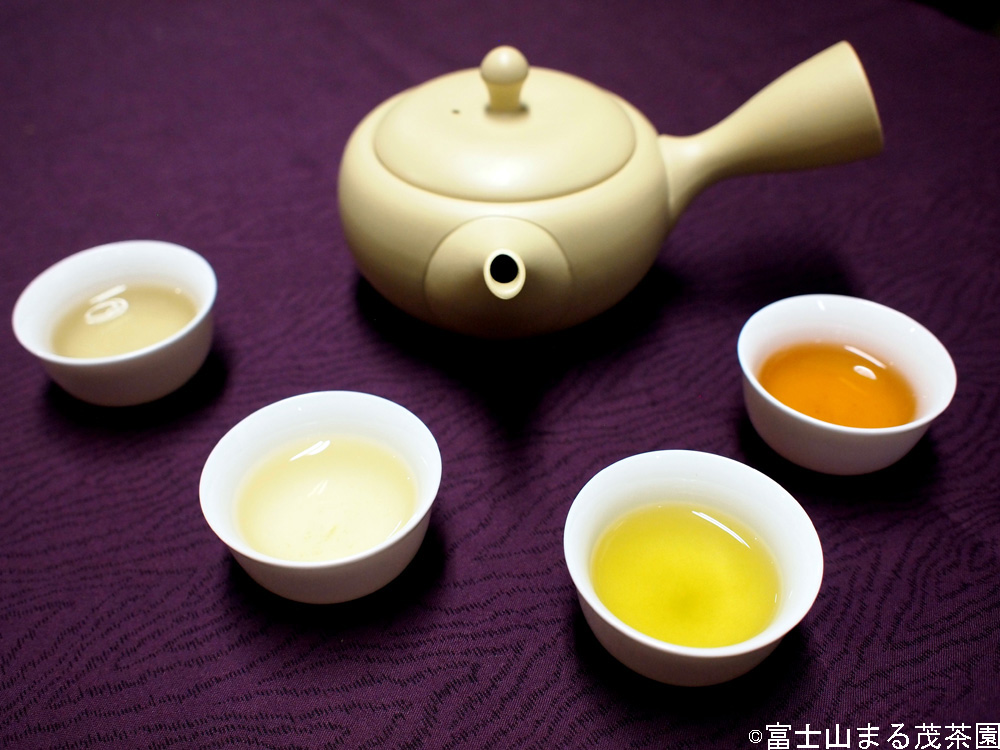 Related Links:Here at ‘Chanoma’ (Space for Tea) in Fuji city, Shizuoka one may experience the mysterious atmosphere of a tea garden.